FREE and OPEN TO ALL

Join us for a FREE screening of the award winning film Food For Change at Jaks Tap in Chicago! This special event is sponsored by The Dill Pickle Co-op and co-hosted by Chicagoland food co-op start-ups like us.

"Food For Change is a feature-length documentary film focusing on food co-ops as a force for dynamic social and economic change in American culture. The movie tells the story of the cooperative movement in the U.S. through interviews, rare archival footage, and commentary by the filmmaker and social historians. This is the first film to examine the important historical role played by food co-ops, their pioneering quest for organic foods, and their current efforts to create regional food systems. Additionally, the film shows how the co-op movement strengthens communities where they are located, enhancing local economies and food security. The goal is to educate a wide national audience about the principles of cooperation with a focus on food." - Food For Change 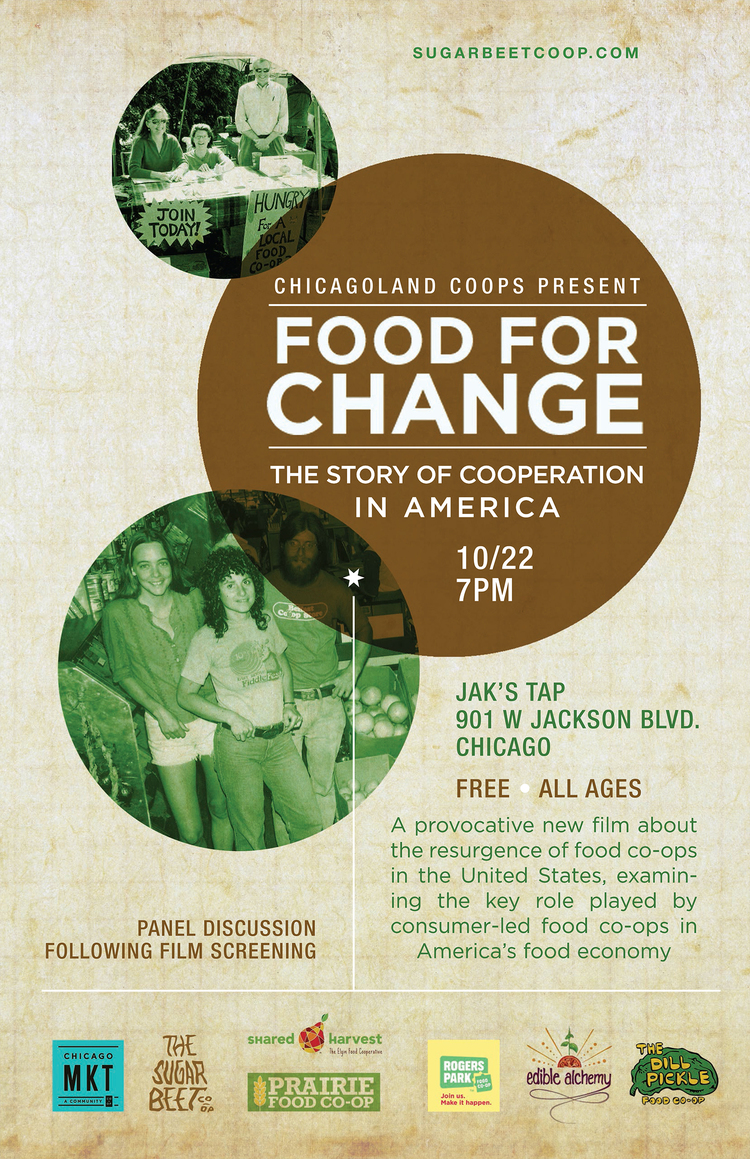